Tom Turkey is all about the Couch 2 5K 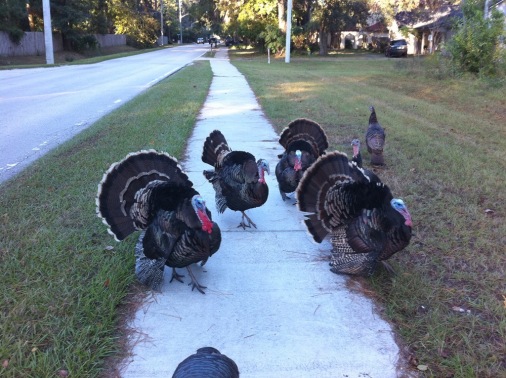 Calling all squirrels! Hello! Please Please come get all these acorns so they stop falling in my damn pool.

So I saw a post about her cake poppers the about 3 minutes before I got an email from my friend asking what I was bringing to our annual Halloween Party. BINGO. Cake Poppers I said. She said, “Huh?” I told her not to worry.

Now I had never made cake poppers before but I had read about them a lot. So I felt pretty confident in my ability to reproduce them. I started with the standard ingredients: Red Velvet Cake mix, Cream Cheese Frosting, and Fountain Chocolate. Because I wanted to make them Halloween I also picked up some white chocolate and orange die to make some colorful drizzle. 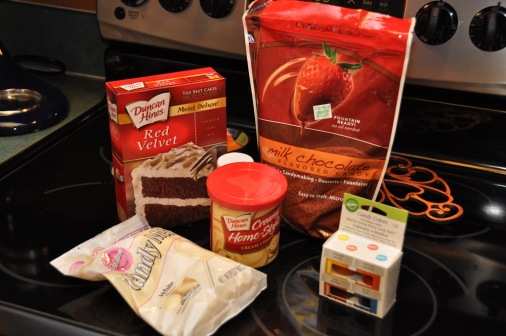 I started the night before by baking the cake according to directions. Don’t you just love the way red velvet cake batter looks?

Then it sat out overnight to completely cool 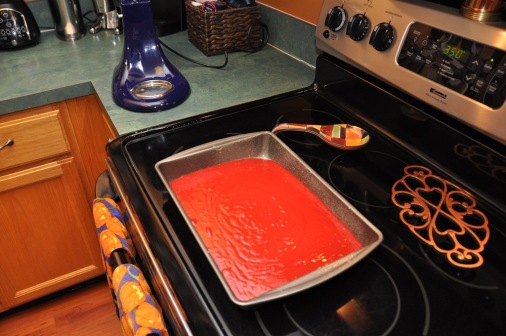 Then the next morning the cake gets crumbled up in a bowl and an entire jar of cream cheese icing is mixed in. 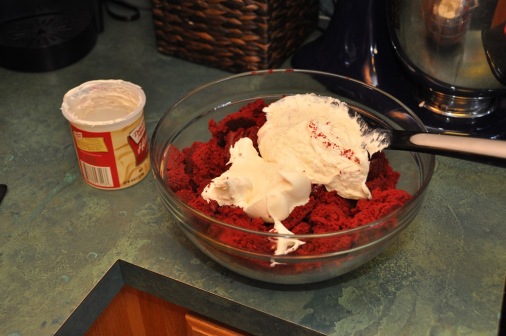 Then I hand-rolled them into balls. Zoot’s tip on washing your hands often just to keep them wet… priceless. Makes rolling the balls way easier. 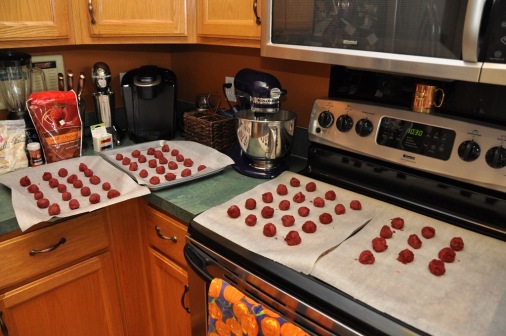 Then you’re ready to set up your dips. The fountain chocolate gets melted in the microwave and the balls are completely bathed in them. 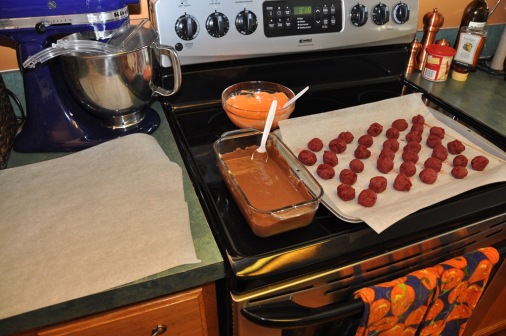 I made the orange for a drizzle but it turns out you can’t get Wilton’s candy thin enough to really drizzle. Fortunatley I had also purchased orange sprinkles and that worked much better.

They firm up pretty fast and they are ready to go! Off the the Halloween party.

I actually had an argument with one of my girlfriends over whether I made these or not. She was convinced they came from a specialty store and refused to believe they were homemade. So pretty much homerun.